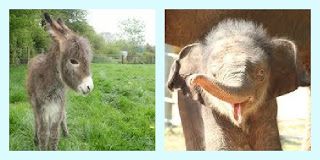 The campaign trail gets a little wilder this summer when Discovery Place and the EpiCentre bring a nonpartisan contest to Uptown Charlotte, offering a chance at victory for anyone willing to get in the race.
Beginning July 30, a total of 24 specially-marked donkey and elephant toy animals will be hidden throughout the EpiCentre and its resident businesses.  Each ‘political animal’ will be redeemable for two tickets to Discovery Place, including entry to the National Geographic Crittercam: The World Through Animal Eyes exhibition, plus two tickets to Discovery Place’s Charlotte Observer IMAX ® Dome Theatre to see polar bears frolic in To The Arctic or the dinosaurs roar in Sea Rex.

The scavenger hunt, open to the public, offers a game-changing opportunity to get involved in the culture and excitement of Discovery Place, one of the state’s most visited and beloved educational destinations, while exploring the heart of the Democratic National Convention’s host city.

Twelve elephants will be secured in hidden and visible locations throughout the EpiCentre and each will be tagged with information about how to redeem the animal for Discovery Place and IMAX tickets. The contest will continue until all 24 animals have been captured.


To level the playing field, Discovery Place will be offering daily social media clues on Facebook (facebook.com/discoveryplace) and Twitter (@discoveryplace).