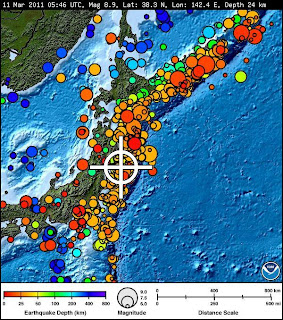 Nearly everyone is watching events unfold with the news of the massive Japan earthquake, and resulting tsunami.

The earthquake hit off the coast of northern Japan. The quake caused significant damage and then caused a tsunami, which swept through parts of the country including the Miyagi, Fukushima and Iwate Prefectures. The tsunami also headed toward islands and continental shorelines across the Pacific.

This is a tragic and historic event - and one that provides an opportunity to learn about government, leadership, civics, communications, collaboration and making comparisons.

Some questions to think about: