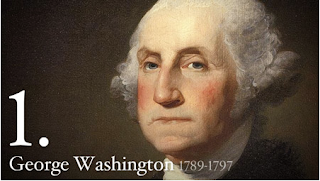 Presidents Day is a holiday celebrated on the third Monday in February. This year, it is February 21. It is a day when Americans honor the leaders who have served as President of the United States.


Role of the President


The US Constitution defines the President’s role and requirements for taking office. Some of the specifics, such as the date of Election Day, or the number of terms the President can serve, have changed over the years.

Use Presidents Day as a civic learning opportunity. Learn about the roles and history of the President and evaluate leadership, communication and political skills. A variety of activities are available. Modify based on your grade level or subject area. For example, you can focus students on the community, North Carolina, the United States or another country. Connect this to history, literature or in a global community.


There are many opportunities for writing, reading, small group discussion and oral presentation. The activity aligns with several core standards. Skills include:

Leaders have roles and responsibilities. Who are the different leaders at your school? City? Country? Are some of their roles similar? Different? Explain what is the same and what is different, and why you think that is.

What does the President do or talk about that is of interest to or affects kids? How much time do you think he spends working on issues that impact kids? Does he spend more or less time on those issues than he does on adult issues? Why do you think that is?


(Some topics could include education, health, environment, safety, etc.)


WRITE THE HEADLINE OR BOOK TITLE

If you were writing a biography or reporting about the President (pick any President in history, or divide the class into groups), what would your book title or news headline be?


Now, read actual titles or headlines. One easy way to do this is through Google or Amazon.com. You can also view an online Presidential Library or news source.


Were you close? Is your headline or title better? Why?

If reading
If watching


In your opinion, what are the ideal qualities in a leader? Which President(s) demonstrated those qualities?

What are words that come to mind when you think of a leader? A politician? Are the words the same, or different? Why?


Do you have to be an official “leader”, like the President, to demonstrate those qualities? How can you be a leader in your everyday life? Give examples.


If you were the President, what would you do? Would you change policies? Make things happen? Solve problems? Write a short speech and tell everyone!


Or, role-play a President in history - or a leader in another country - and write your speech from that perspective.
Posted by GenerationNation at 2/16/2011 03:34:00 PM